7 Stories About People With a Wonderful Sense of Humor

We all probably know people with an incredible sense of humor. They are insightful and like to make fun of everyone around them. And this feature can be very useful, especially in difficult situations.

We collected some stories about people who are never confused. Read and enjoy!

#1. I lived with my boyfriend for 6 months and finally, it was time to meet his parents. So we were sitting in the kitchen and waiting for them. Suddenly the doorbell rang. There was a man and a woman.

They told me they were our downstairs neighbors and that I had just flooded their bathroom. I checked everything but found nothing. So I told them to get lost and closed the door.

The bell rang again. I opened the door and those 2 were standing and laughing. Turns out they were my future in-laws and they decided to play with me.

#2. I was riding a bus and a man was sitting across from me with a cast in his hand. He noticed me and “shot” me with his hand in a cast, saying, “Bang! Bang!” And then he even blew smoke from his “gun.” I made boldface and pretended to be hurt in the shoulder. We played this shooting duel until the end of the race. It was fun.

#3. I was coming home from work. On the way to the bus stop, I bought a pizza. It was hot and smelled delicious. So I got on the bus and we got stuck in traffic. The bus was filled with the smells of my pizza and everyone was hungry.

Finally, one guy said, “Miss, either you go or we have to eat you.” So I opened the box and shared the pizza with everyone.

#4. Today I was on my way home and I saw a man coming towards me. He stopped short, dropped his suitcases to the ground, and began flailing his arms and clutching his head.

Then he took his bags and quickly started walking. With my sense of humor, I decided to repeat everything he had just done. He saw it and ran so fast he even pushed me.

#5. We did an anatomy exam. As I got ready, a beautiful girl answered the test questions. One was about oral medicine. The moderator liked her responses and decided to tease her a bit. So he asked how often their teeth changed.

It was a very simple question, and even the D students knew the answer. It was “one”, from baby teeth to permanent teeth. But the girl was confused and said 2.

The moderator was curious and asked, “What are they?” And she said, “From baby teeth to permanent teeth, then permanent to gold!” The entire audience laughed out loud and she got an A.

#6. Once a guy asked me out at a club and I really don’t like that kind of acquaintance. But he insisted and I agreed. I just gave myself a fake name. And then he asked, “Give me your phone number. I’ll call you tomorrow.”

And I just gave him the number of our nut hospital. We left. 5 months later, we met on the street by chance and he recognized me. We laugh at everything. 3 months later he proposed to me. I never thought I would find the love of my life like this.

#7. I was walking with my classmates from the university. Suddenly, a car stopped, blocking the road, and the driver said, “Everyone, stop! Blue skirts, get in! Now!” And he pointed to me.

Then I quietly entered. The girls screamed and ran after the car. And my dad and I couldn’t stop laughing. However, now I have to walk alone because the girls refuse to talk to me. 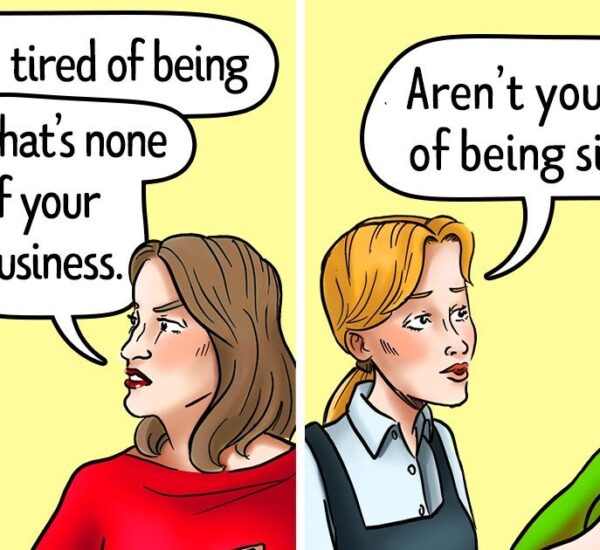 6 Ways to Deal With Offensive Phrases Without Losing Your Temper 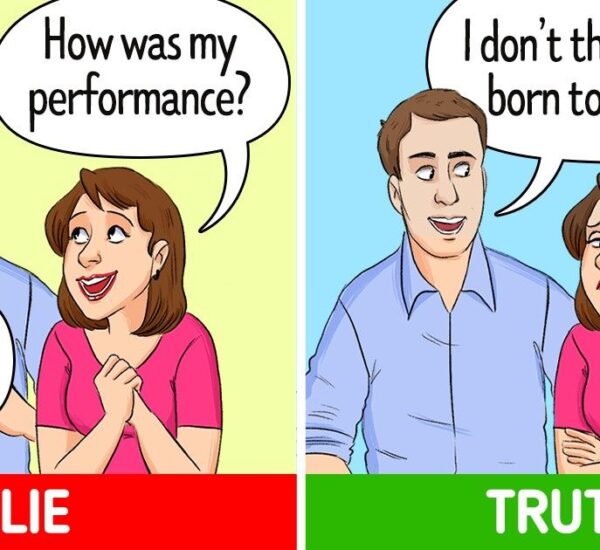 6 Signs A Breakup Is In Your Near Future, According To Experts